Our lives are riddled with decisions: Which route to work should I take? Where to go for lunch? Where should I spend my holidays?
These decisions often have a social aspect: Which route should I recommend to my co-workers? Who should I have lunch with? Who can recommend me on holiday locations?
Sometimes we make decisions that affect other people, or make decisions together. In other cases, our decisions concern other people, for example when we choose who to date, who to learn from, and what information to share with others. Other decisions are affected by our broader social environment, our culture and group identity, for example moral, political or fashion decisions.

We aim to understand the cognitive, computational and neural basis of social decision making. We use behavioural tasks online and in the lab, where participants can make decisions alone, or together with other participants. We use game-theory and machine learning models to explain the cognitive processes that drive participants’ behaviour, and to draw predictions for other decision-making scenarios. We use neuroimaging to understand the neural mechanisms supporting the participants’ behaviour, as captured by our models. We also try to examine clinical populations to underscore the social-cognitive deficits associated with different psychiatric disorders using our models and tasks.

'I haven’t a clue! - Expectations based on repetitions and hints facilitate perceptual experience of ambiguous images' accepted in JEP:HPP

In this project, in collaboration with Chris Frith and Colin Blakemore, we examined the way different types of expectations affect perceptual experience. We examined how hints (verbal - an elephant on the right - and greyscale) and repeated presentations affect detection of objects in two-tone images, and the perceptual experience (via vividness ratings). We found that hints increased the likelihood of detection, and the vividness ratings, immediately after they are given. However, their effect did not alway last very long. Most strikingly, images presented with greyscale prime received the same vividness ratings as ones given with verbal hints when encountered on the second time onwards. We also found that vividness ratings increased with repeated exposure to the image, even after object detection. This increase was slower when memory load increased, and when the images were horizontally flipped between presentations.
Read it here. 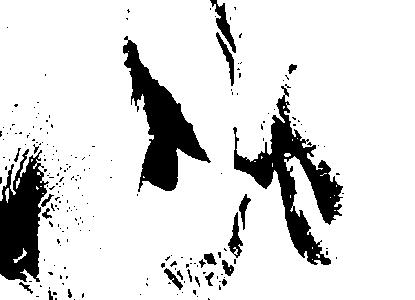 Symposium on Social Behaviour at the University of Haifa

Our lab is hosting a symposium on social behaviour, co-organised with Dr. Matt Apps (University of Oxford ) at the University of Haifa, November 12-13 2019. In this two days symposium a diverse group of researchers from the UK and Israel will present their work and perspectives on the topic of motivation and social behaviour. Among the themes to be covered in this symposium are social learning, mood and psychiatric disorders, social influence, theory of mind, apathy and emotion, in the context of goals and motivations underlying social behaviour. This event is sponsored by a British Council UK-Israel Synergy grant, and by a University of Haifa International conferences grant.
Registration and more details here.

How do we track other's similarity to us? Does brain representation follow other people's similarity to us, or thier consistent taste compared with us? This work, led by Harry Farmer from Antonia Hamilton's lab, looks at neural basis of shared preference learning. We show that other people's trait similarity, i.e. are they ususally similar or dissimilar to us in their preferences, and not their transient, trial-by-trial, similarity in preferences is tracked in the brain's valuation and social system.
Read it here.

'Stochastic Satisficing' paper is out in PLos One

Every morning most people have to pick a route to work. While the shortest route may be consistently busy, others may be more variable, changing from day to day. The choice of which route to take impacts the commuting time and is ridden with uncertainty. In this project we examine how decision confidence is affected by outcome uncertainty. We found that when choosing between two uncertain options people’s confidence can be best explained as the probability of exceeding an acceptability threshold. Our commuter’s stochastic satisficing heuristic could then be expressed as "which route is more likely to get me to work before X o'clock?"
Read it here. 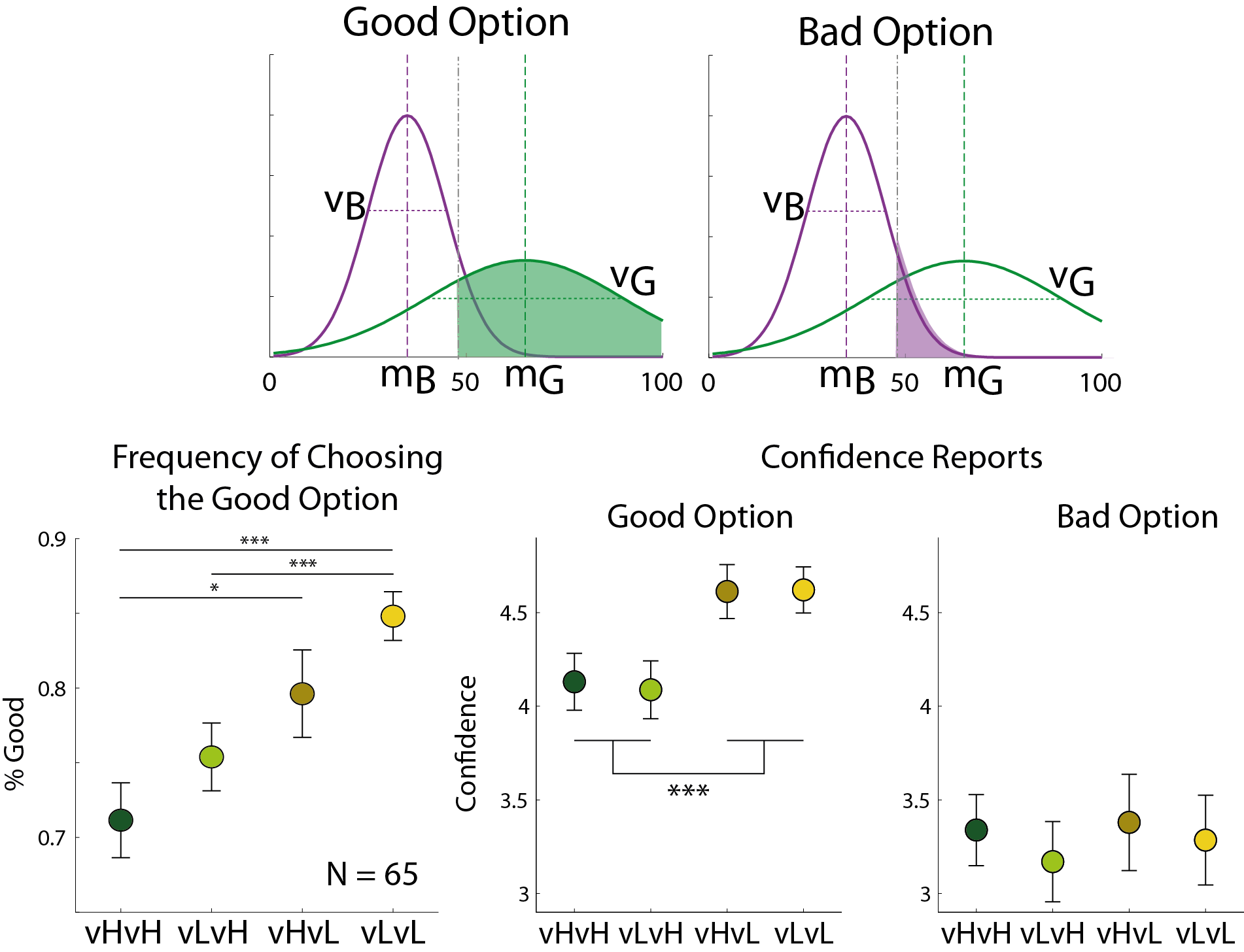 Dr. Uri Hertz discusses his study on the neural comutations of advice giving in Haaretz (Hebrew).
Read it here or here . 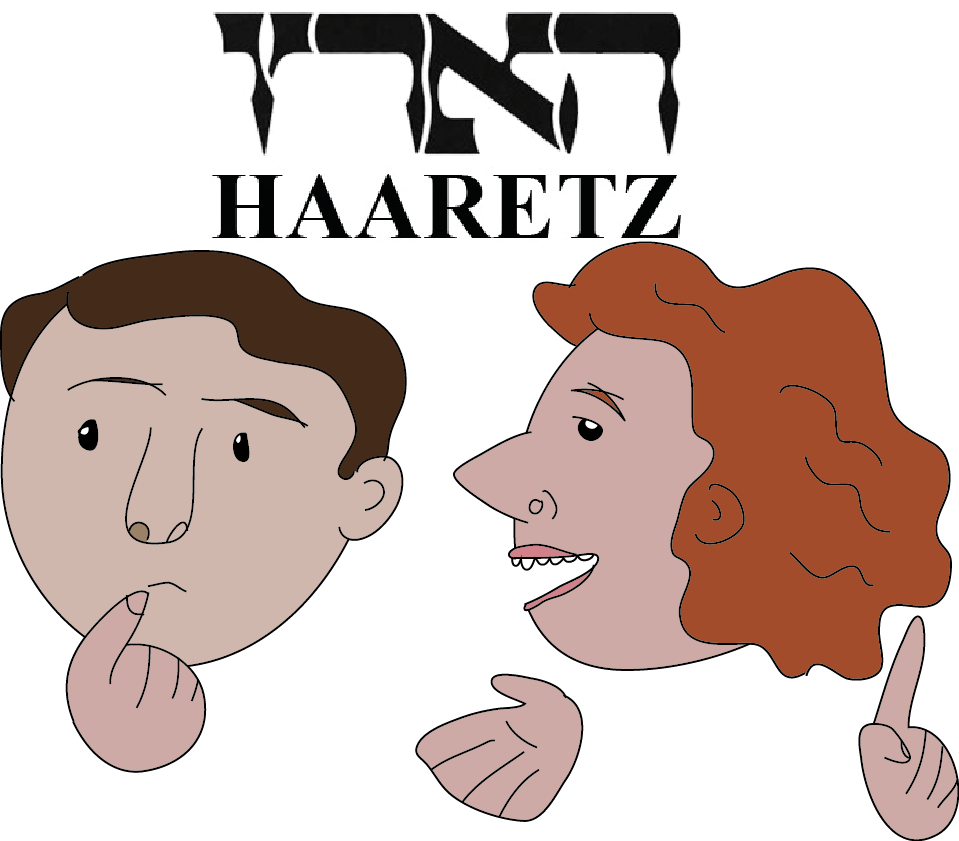